Share a memory
Obituary & Services
Tribute Wall
Read more about the life story of Anna and share your memory.

Anna B. Lloyd, 85, of Clarksville, Indiana, passed away peacefully under hospice care on January 11, 2023, in the presence of her sister, Rosalie Lamping.

She was born on October 23, 1938 in Hardinsburg, Indiana. She was preceded in death by her parents, Alva and Bernice Lloyd, and her brother Cal Lloyd, whom she loved dearly.

She graduated from Hardinsburg High School in 1955, and from Purdue University in 1959 with a home economics degree. She taught school briefly.

Anna loved people. laughed easily, and was the life of the party. She was raised in a close-knit family on a Washington County farm and participated in 4H. She was a high school cheerleader and a talented vocalist who sang in church. She was also a skilled oil painter and continued painting until she was injured later in life.

Bernice taught her daughters to sew, and Anna was accomplished enough to make her own wedding gown. She enjoyed playing cards, particularly euchre. She liked college football and cheered for her alma mater, the Boilermakers. She was an avid newspaper reader who kept up with current events.

She liked to swim, and she was an enthusiastic bicyclist who pedaled wherever the spirit moved her. Once, her sister recalls, Anna was determined to see the Thomas Edison House in Louisville, so she rode her bike back and forth across the Clark Memorial Bridge.

She worked with Rosalie at Lamping Real Estate until relocating to Colorado to be near her sons. She spent her last 10 years back in Clarksville, where Rosalie visited every day.

Anna attended Clarksville Church of Christ, and her minister noted that despite injuries suffered in a fall and an automobile accident, she kept her complaints to herself.

She was deeply loved by her family and will be deeply missed by all who knew her.

Anna’s family requests your presence at Scott Funeral Home, 2515 Veterans Parkway in Jeffersonville, on Wednesday, Jan. 18. Visitation is from 3 to 6 p.m. with a service at 6. Rev. Chris Neikirk of Trinity United Methodist Church, New Albany will be the Officiating Minister.

Donations can be made in her honor to Hosparus Health of Southern Indiana. Envelopes will be available at the funeral home. 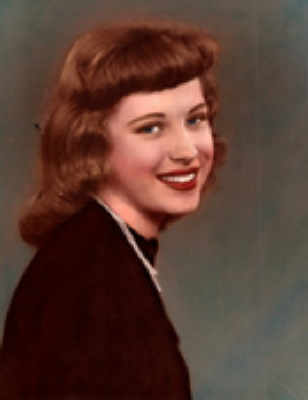