Share a memory
Obituary & Services
Tribute Wall
Read more about the life story of Donald and share your memory.

Donald Glenn Rosenbarger passed away peacefully in his home on January 13 surrounded by family. He was 97 years old.

Don was born November 5, 1925, at the family farm in White Cloud (Corydon), Indiana as the doctor (Dr. Glenn) was running through the fields toward the house. Since he practically delivered himself, he was known to family and friends as “Doc.” He was the fourth of eight children born to the late Clarence Willard and Elsie (McCutcheon) Rosenbarger, and a graduate of Corydon High School.

He helped work the farm with his father and brothers until he turned 18. He then explored many jobs, including clerking at the local A&P store, pipe fitting at Jeff Boat, and as a laborer and operator with various construction companies. He found his home with the Murray Company, Inc., a road construction company based in Anchorage, Ky., for the next 30 years, retiring in 1990. He had been a member of the International Union of Operating Engineers Local No. 181 since 1948.

He was a member of Springdale United Methodist Church (and its predecessors, including Evangelical United Brethren Church). He was a leader in the church’s Boy Scout Troop #108, served on the Finance Committee, and was Treasurer for many years.

He served in the U.S. Navy during World War II and in the U.S. Army during the Korean War. He was a lifelong Democrat and an avid Indiana University basketball fan, especially during the Bobby Knight era. He enjoyed rooting for the Cincinnati Reds baseball team.

The funeral will be held at 1 pm on Wednesday, January 18, 2023, at Scott Funeral Home, 2515 Veterans Parkway, Jeffersonville, Indiana, with burial following at Sellersburg Cemetery, 253 S. New Albany Street in Sellersburg, Indiana. Visitation will be held from 11 am to 1 pm at the funeral home, prior to the service. In lieu of flowers, the family requests donations be made to Gentiva Hospice Service, VFW, or DAV, in memory of Donald. 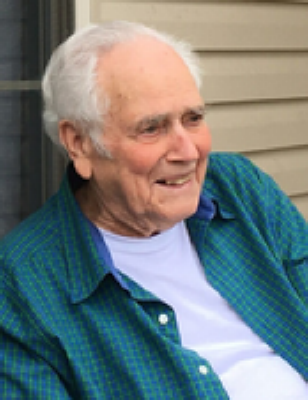