Share a memory
Obituary & Services
Tribute Wall
Read more about the life story of Kenneth and share your memory.

Kenneth Leonard Glinski, 80, of Sellersburg, IN passed away on January 10th after a year-long battle with cancer. As was his way, Ken remained in lively spirits and good cheer until the end. Despite the challenges of his illness and treatment, he never complained except to mutter "what a bummer" two days before passing and even that concession was accompanied by a sweet smile.

Ken was born on February 16, 1942 in Green Bay, WI to the late Anton and Margaret (Kaminski) Glinski. As the youngest of a large loving family he was surrounded by people who not only showered him with affection but also demonstrated how to live a full, happy, and rewarding life. For Ken this meant horse-playing with his nieces and nephews on the farm, polka dancing at Eddie Whipp’s Dining Hall, playing his accordion, eating too many burgers and malts at Kroll’s East, sailing in the bay, cards and pool with the grandkids, and sitting around a summertime bonfire with friends and family.

Ken served four years in the Army and - to his family’s recollection - never missed a day of work. He started as a floor sweeper at Procter & Gamble and worked his way up to become a  well-respected Human Resources executive in the paper industry. A firm believer in both education and never quitting, Ken became the first in his family to earn a college degree from the University of Wisconsin - Green Bay which he accomplished while raising three small children and working full-time.

An excellent athlete, Ken loved telling stories of his football days at Preble High School. One of his favorite’s was breaking the bad news to his coach that he could no longer attend Preble because his bus driver declared he lived too far out for pick-up and needed to attend Luxemburg-Casco High School. Ken’s coach told him, ”Son, you play ball for Preble. I’ll take care of that  driver. A Preble bus will be at your driveway first thing Monday morning.” And it was. That same coach later helped Ken receive a football scholarship to Ripon College where he played center for  two years before joining the military. While discussing the contents of his future obituary Ken wanted everyone to know that “Mr. Preble has died!” And indeed he has.

Ken will be missed by many people but none more so than his three children, their spouses, and his grandchildren. He is survived by Margaret and Patrick Brodie of Amsterdam, NY (Anthony, Alex, Elizabeth, and Brandon), Robert and Cynthia Glinski of Mason, OH (Lyla and Campbell), and Jennifer and Todd Antz of Sellersburg, IN (Meredith and Allison).

In addition to his parents and beloved siblings Tony, Dorthy, and Patti, Ken is preceded in death by his wife Susan whom he fell madly in love with before he could even drive a car. He often said one of the happiest times of his life was living with her as a young married couple in Petaluma, CA when he was in the Army and she taught school. In honor of that special time, some of Ken’s  ashes will be spread in the nearby Redwood forest. If you knew Ken you’d know how absolutely tickled he was by this idea.

In lieu of flowers, Ken has asked donations be made to Springer School and Center, www.springer-LD.org, located at 2121 Madison Rd, Cincinnati, OH 45208. Springer is a complete academic program designed for students who struggle with reading, writing, mathematics, attention and organization. Ken’s grandson attended Springer and the school has since held a special place in his heart.

Visitation will be from 1:00 pm to 3:00 pm on January 21st at Scott Funeral Home, 2515 Veterans Parkway, Jeffersonville, IN 47130. A memorial service will follow at 3:00 pm. Ken will then join his wife Susan at Nicolet Memorial Park in Green Bay, WI. If you are unable to attend his service, Ken asks that you honor his life by sipping a nice Old Fashioned and sending a couple bucks to all the little kids you know. 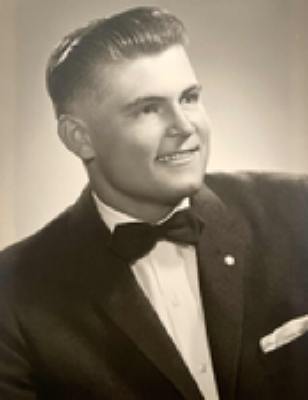